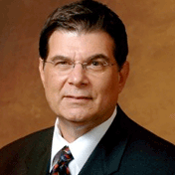 Arthur E. Benjamin has been dedicating himself to education and animal rights activism for the past three decades. At his core he is a marketing expert who has applied the expertise gained at CBS, Group W and Major Market Television to building companies.

He built DataMark into the world’s largest educational marketing agency and followed the successful exit of it by building one of the most productive partnerships between an equity partner and a management team in U.S. for-profit education.

Serving on the boards of several of the nation’s leading career education colleges and associations, his educational activities have impacted career education nationwide. In 2014, he turned his attention to educational partnerships in Brazil. Since then he has built relationships with the leaders of education in that country and on the future of those institutions through use of research and marketing for growth with planning and execution that yields both efficiency and effectiveness.

A graduate of world-reknown mathematician & philosopher Buckminster Fuller’s entrepreneurial and business graduate education at Burklyn Business, he is a student of out-of-the box solutions and unique ability partnerships. Applying that to charity, as an advocate for the humane treatment of animals, Arthur’s philanthropy has had an equally significant impact on the lives of hundreds of thousands of animals globally, both domesticated and living in the wild.

At SMGIG, in the past three years, he has led the group in investments in over a dozen companies in the US and abroad, focused on making a difference in the world with superior outcomes for everyone involved including outstanding financial returns for investors.