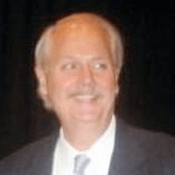 Bill Kliewer is currently the Managing Partner of Bigham, Kliewer, Chapman and Watts Insurance Agency, a regional insurance brokerage firm specializing in property, casualty insurance and employee benefits for businesses. Mr. Kliewer joined the agency in August of 1977 and was promoted to a Partner the following year and assumed the role of Managing Partner in 1980. Prior to joining Bigham, Kliewer, Chapman and Watts, he served his country as an officer in the United States Army.

In his role at Bigham, Kliewer, Chapman and Watts, Mr. Kliewer is responsible for leveraging his extensive understanding of insurance, financial and management experience to lead the organization in its ever expanding regional operations. Additionally, he is responsible for the design and implementation of risk management programs for middle market businesses. Beginning with a small local insurance agency, through intense sales efforts, niche marketing, management, benchmarking, acquisitions and recruitment of producers, BKCW has been honored by the Independent Insurance Agents and Brokers of America as a Best Practices Agency every year since 2000. The Agency has also received three Top Performing Agency distinctions in their size class from IIABA.

In addition to his role at Bigham, Kliewer, Chapman and Watts, Mr. Kliewer is an avid entrepreneur and has successfully founded over 20 companies In the insurance, financial, automotive and real estate industries.

A person with a huge belief in giving back to his community, Mr. Kliewer has been involved in virtually every aspect of making Central Texas a better place to work and live. He has served as Chairman of the Board of the Greater Killeen Chamber of Commerce, President of The Central Texas Fort Hood Chapter of the Association of the United States Army, President of Killeen Industrial Foundation, Secretary of the Killeen Independent School District Board of Trustees, Treasurer of the Killeen Economic Development Corporation, Board Member of the Killeen Fort Hood United Way, Board Member of the Clements Boys and Girls Club, Volunteer Coach at the Clements Boys and Girls Club, President of the Ellison High School Quarterback Club, Sr. Warden of St. Christopher’s Episcopal Church, Sunday school teacher at St. Christopher’s Episcopal Church, and numerous ther boards and committees.

Mr. Kliewer and his wife Mary have two children – John, who works in the automotive industry, and Meredith, a recent graduate of the McCombs School of Business at The University of Texas.