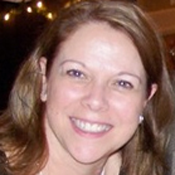 Ms. Custer thought she would be a paralegal the rest of her life, but fate intervened after she began working at Datamark in 2000. It was there she met Arthur and began the best part of her professional life. Marcia supports him and the executive teams in 9 companies and non-profit organizations and numerous board positions nationwide.

She is the Chief Operating Officer of American Dog Rescue Foundation,which she helped found in 2009. And there isn’t a week that goes by without a rescue and other duties.

Marcia’s unique abilities are her loyalty, attention to detail, customer-service orientation, and she is a multi-tasker extraordinaire. She enjoys a variety of sports, the Utah Mountains and spending time with her family and 3 dogs.