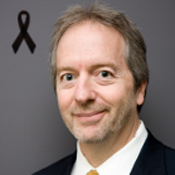 Randy Proto, a close friend and business partner of Arthur Benjamin, died in August 2013 after a courageous battle with pancreatic cancer.

Mr. Proto was a nationally recognized educator, entrepreneur and vocational student advocate. He advocated for student access and choice, and fought to improve the career education system by bringing compassion and understanding to the complicated issues surrounding Higher Education in the United States.

Mr. Proto served as a member of the Association of Private Sector Colleges and Universities (APSCU). Steadfast in his commitment to both vocational students and education, Randy worked diligently as an advocate for the students in private education.

He began his pursuit of education at Computer Processing Institute where he earned a diploma in Computer Programming, and quickly held a series of positions in both faculty and management, serving as Director of Admissions, Director of Education, and eventually Campus Director. He also attended Quinnipiac College, and performed all of the major functions in a school environment, including admissions, financial aid, instruction, finance, and career services.

From his management and shareholder capacity at Computer Processing Institute, Mr. Proto served as a shareholder and president of Rhodes Group, Inc., a chain of 10 non-degree granting schools accredited by a combination of ACICS and NATTS/ACCSC in four states with an enrollment of over 4,000 students.

After selling his interest in Rhodes Group in 1994, Mr. Proto served as president and chief operating officer of Whitman Education Group, a publicly held company that managed 23 degree and non-degree granting campuses accredited by a combination of ACICS, ABHES, and NCA agencies in 13 states with an enrollment of over 9,000 students.

In early 2013, he joined Connecticut-based Premier Education Group as their chief strategy officer.

He is survived by his wife Maria and son Christopher who reside in Weston, CT.